This set of ten 5 x 7 inch notecards feature the image of Mauricio Ramirez’ mural Our Roots Say That We’re Sisters.

In September 2020, the Haggerty Museum of Art partnered with Marquette’s Office of Diversity and Inclusion and the Marquette Forum to convene a Marquette University Mural Committee comprised of students, faculty and staff. The Committee then invited seven local Black, Indigenous and People of Color (BIPOC) artists to submit proposals for a new mural to be installed on the north-facing facade of Marquette’s Varsity Theater/Holthusen Hall building. This initiative was motivated by a proposal from Marquette University Student Government, and by a recommendation made by Marquette’s Committee on Diversity and Inclusion following a cultural audit of campus spaces. After careful review, proposals by three artists were submitted for consideration to the Marquette community. All Marquette students, faculty, and staff were invited to cast online votes for one of the three proposals. Nearly 1,400 people voted, and artist Mauricio Ramirez’s proposal Our Roots Say That We’re Sisters received 63% of the votes. Subsequent listening sessions with the artist and Marquette community members refined the collective vision for this project. Listen to Podcasts Inspired by the mural, watch time-lapse videos of its creation, and read an inspiring poem by Sheena M. Carey here. 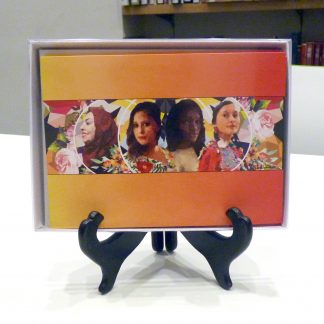